Just seven drivers were present for our rally stages and our BTCC and Slot.It Challenge races, but what a night of action it was! In the rally stages, Luke B. was in a different universe with the speed of his car, however the battle for second was very hotly contested by four drivers, two of which had an overall three-stage time difference of six-thousands of a second! Despite his domination, even Luke B overcooked it in the final stage while trying to beat his previous overall times, yet still setting the fastest rally time of the night.

We ran just one race each for the BTCC and Slot.It Challenge classes, the former seeing its first Honda win since we started the class, this by Ramesh who also got pole. The "big" MG and VW cars suffered from the rule adjustments made to slow them down which worked a bit too well, both entrants running in the mid-field. Slot.It Challenge was also full of excitement, with lots of close running throughout the field. It was great to see the performance improvements in both O'Brie's Mazda and Anthony's Audi, showing that they're both working to improve their cars and make them potential winners. 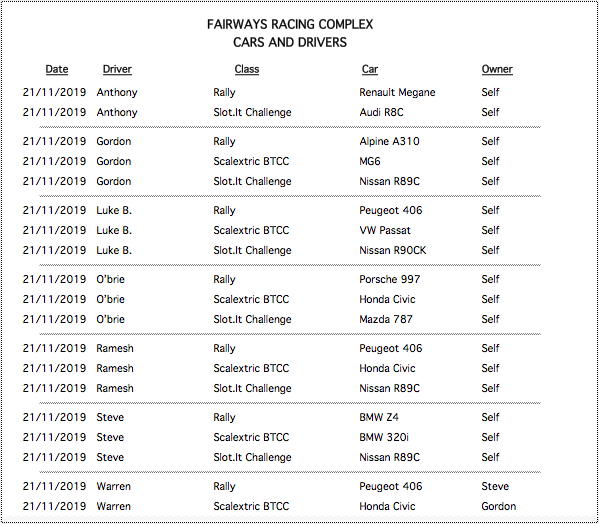 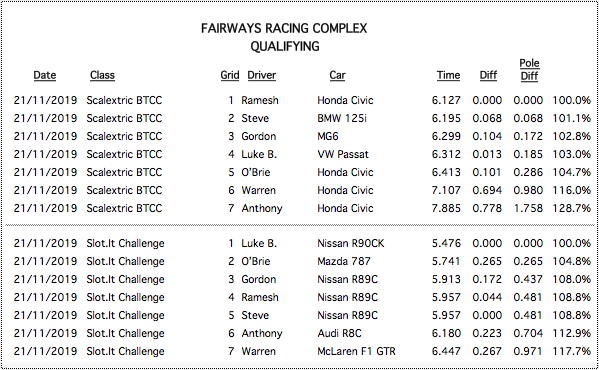 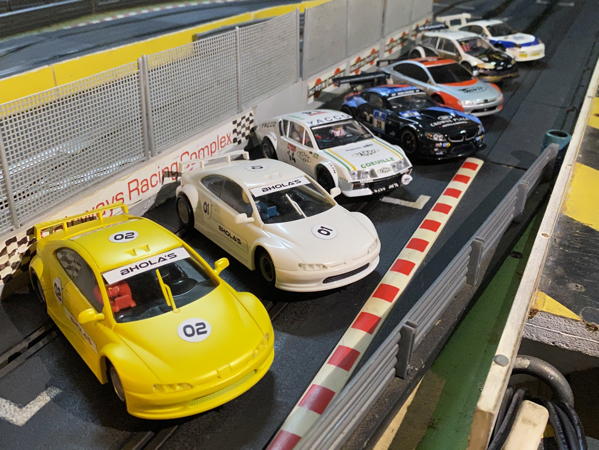 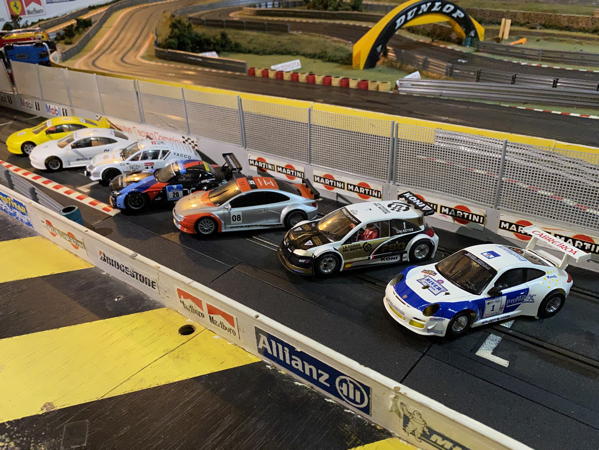 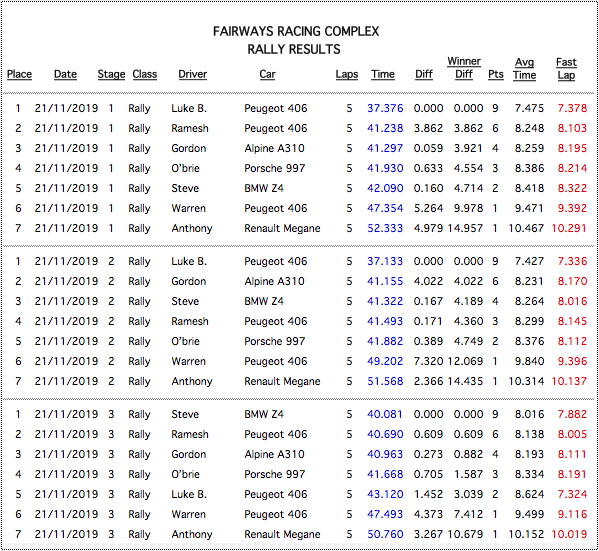 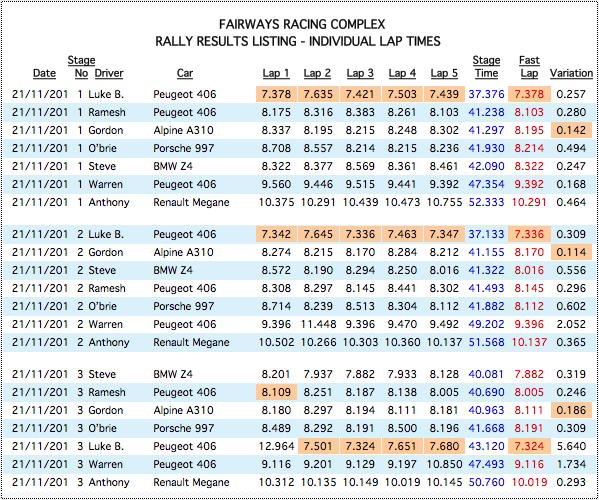 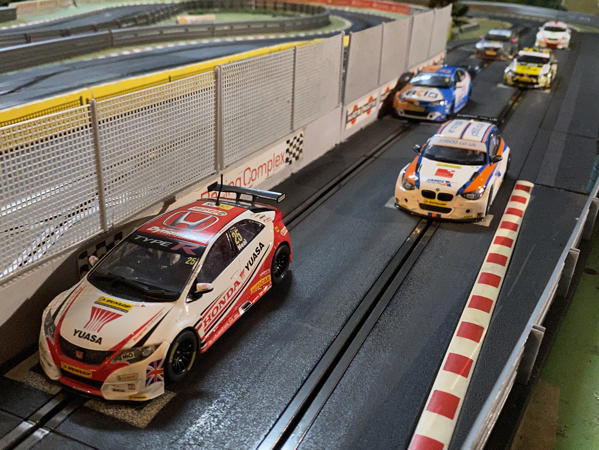 Warren's Civic goes onto the shoulder as O'Brie and I battle in the background: 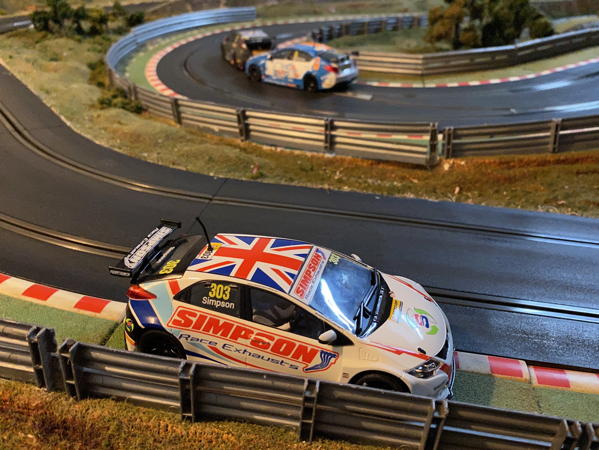 O'Brie and I got very close at one point during the race: 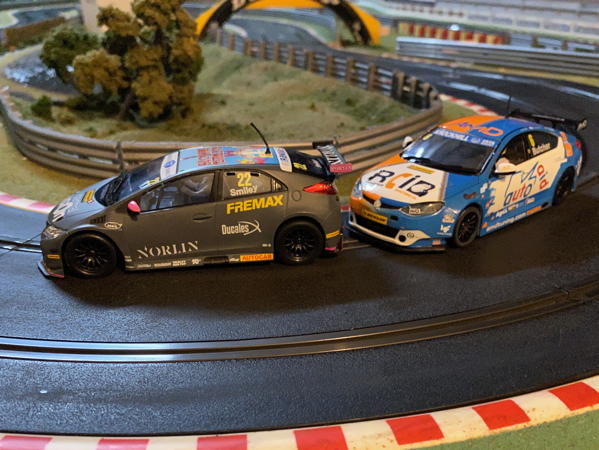 Steve's BMW and Warren's Civic make contact and de-slot going through the esses towards the hill: 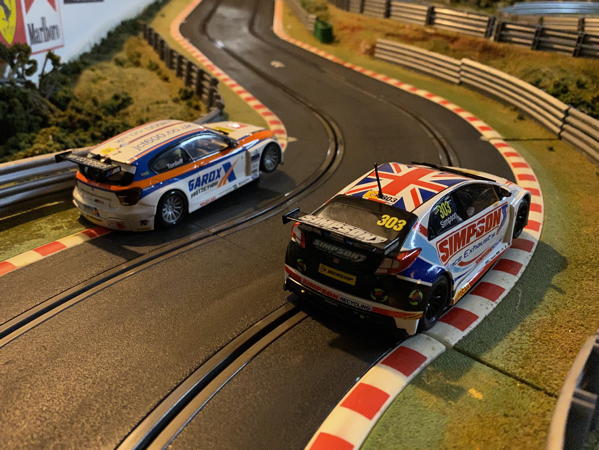 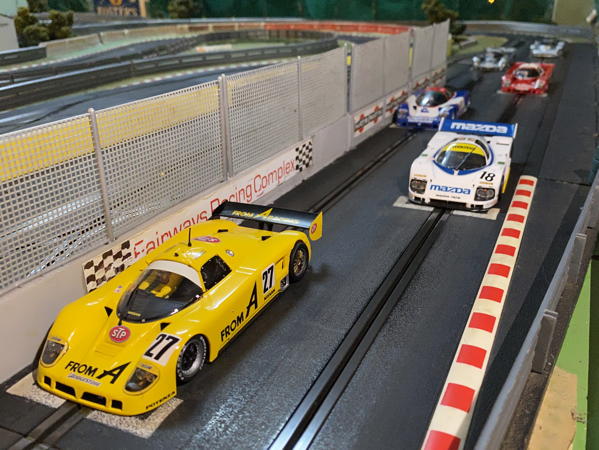 Luke B's yellow Nissan and O'Brie's rebuilt and now quicker-than-ever Mazda fight it out as they approach the carousel: 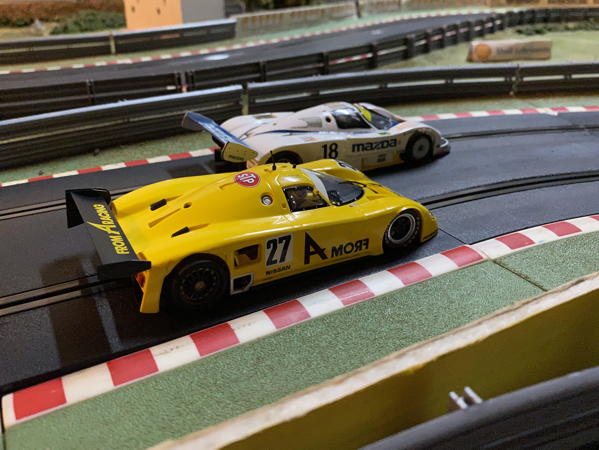 Ramesh's Nissan comes down the slope towards the back of the pits: 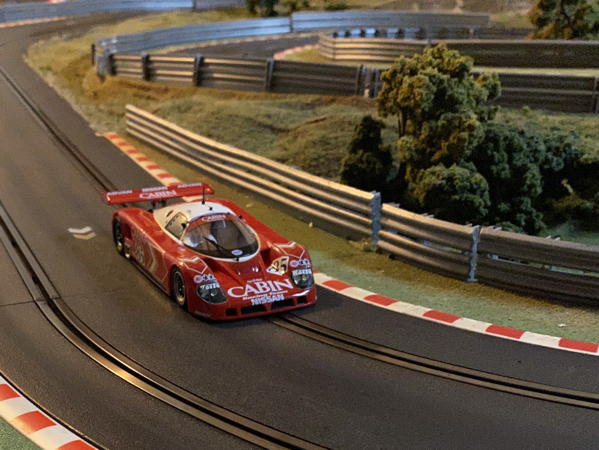 Steve's ill-fated Nissan exits Fosters with Anthony's much-improved Audi in hot pursuit. For some unknown reason, the Nissan suddenly lost power and stopped during the race despite all attempts to rectify the problem: 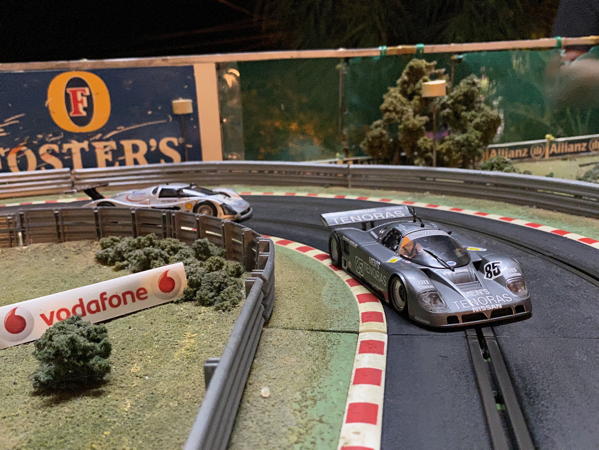 Another view of the Audi and Nissan as they go through Fosters: 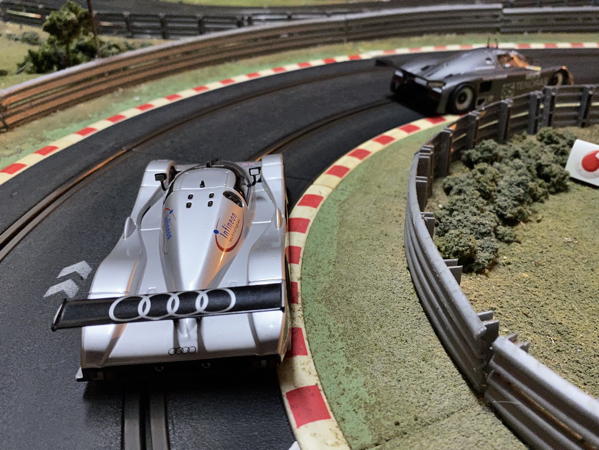 My Nissan spins in the esses ahead of Anthony's Audi: 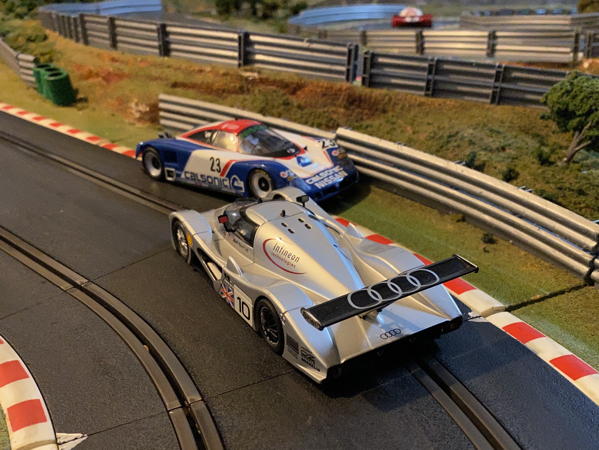 Once again, my Nissan spins, this time rounding the hairpin after Anthony's Audi ends up on its roof and almost gets hit by Ramesh's Nissan: 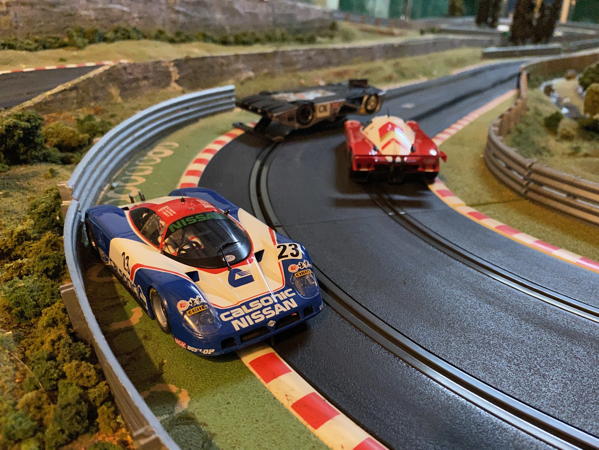 Anthony's video of part of the BTCC race:

Man oh man that was a fun night!!!

Rally car showed a vast improvement and I am enthusiastic to find some more. BTCC seemed slower but great fun all the same. Can’t wait until next year!!! Ian where yu car boy???

and then slot it was madness with 4 of the 6 being close in lap times and really testing us all. Sorry to see Steve retiring for reasons yet to be diagnosed ??? Could be the chip?? Very odd. Arden we miss yu too! Thank you guys for a great time! Back to work on the next group of cars!
Top

Great night of racing as usual at FRC. The Rally class was I think, the closest I've seen with, if we go to just one decimal point, the second, third and fourth place drivers all achieving total times of 123.4 seconds ! BTCC was great fun as usual . Early on in practice,Slot.it Challenge was looking like it would have been good for me as my Nisan was doing some really good times. In qualifying however, the lap time increased noticeably and in the race, the car just completely gave up the ghost. After the racing was finished, I put the car on the track and....it ran fine again ! Say what !! It was good to see both Warren and Anthony bring and prepare their own cars (with Warren needing a chip to be installed on site). These cars will only get better with time.
Congrats to Ramesh on winning BTCC and taking the Index Of Performance honours and to Luke.B on winning everything else.
Looking forward to the next event.
Steve
Top

Thanks a lot guys for very close racing its the best form of therapy always enjoyable see you all soon.
Top
Post Reply
5 posts • Page 1 of 1