Here are the last of my slot-car-related findings from yesterday. The first is a draft of some of our earlier regulations conceived and handwritten by me. The second, a typewritten document, outlines the official forming of a model car club. This was written by Andrew Cheekes and he had someone type it out for him. Remember, we were all young teenagers at the time and TT$10 was a lot of money for us back then!

The last is our formal rules for the early '70s, largely conceived and fully handwritten by your's truly (y'all think I've only been writing rules for the last ten years?

). By that time, I had been hand-writing hundreds of lines of computer programming code weekly, which we were required to do in all-caps - no lowercase - and I had gotten so accustomed to writing that way, that to this day I never reverted to normal script. I was actually surprised to see that this was written in late 1973. I know there was some small overlap between our slot racing and our real car racing, but I didn't realise it had run for so long. Andrew started 1/1 car racing in 1969 and others like Gary (Huggins) and myself around late 1970 or during 1971. This means that we were racing both slots and real cars for that period. The regular slot car guys we raced with then included Andrew, John Edward O'Halloran, Gary, O'Brie, Gregory Solis and Chris Charlett, every single one of which went on to race 1/1 cars.

So, there you have it - a bit more information on the background to what so many years later became FRC. We did it as boys and we're still doing it as senior citizens and most importantly, enjoying it as much now as we did then!

Early (but not the earliest) rules draft 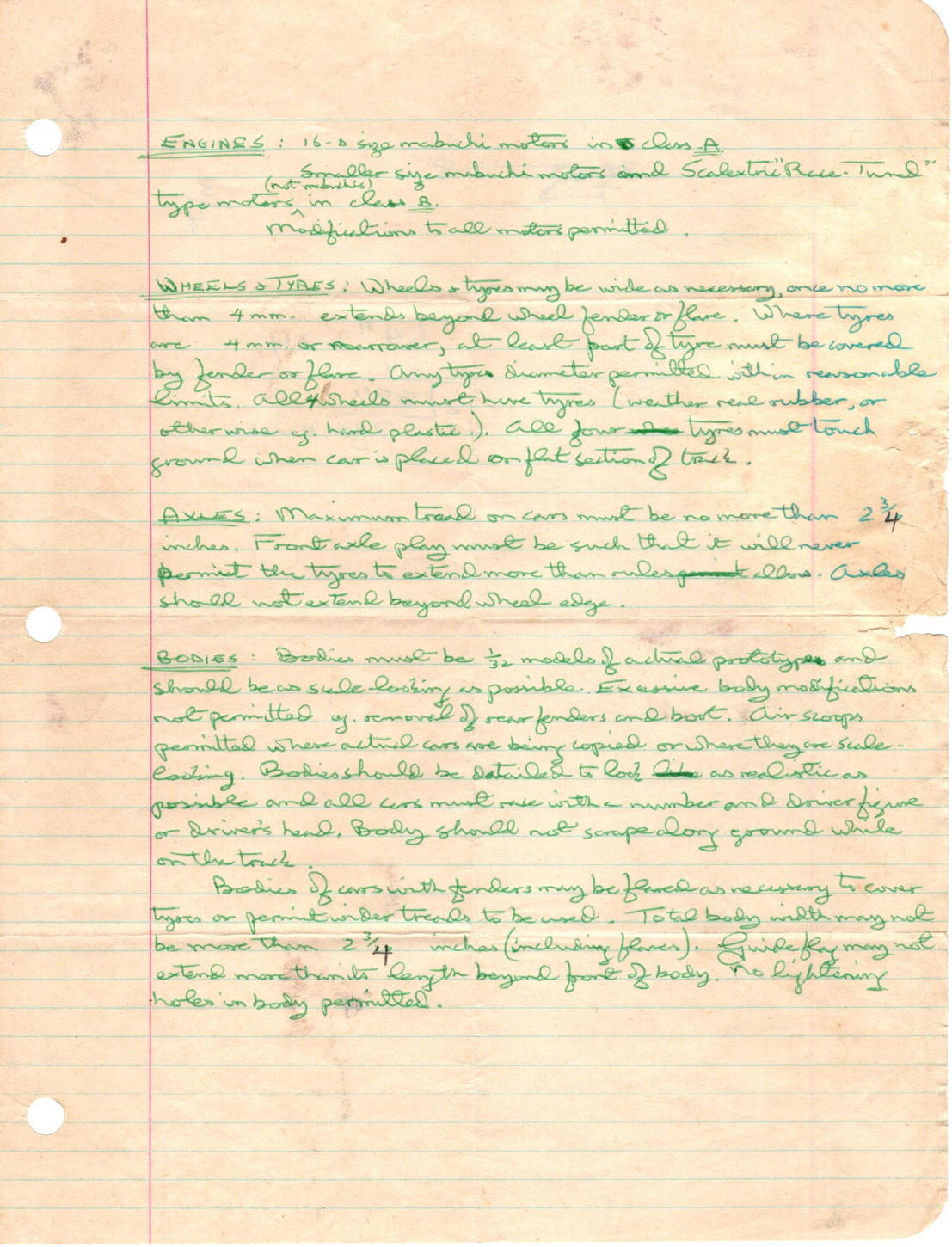 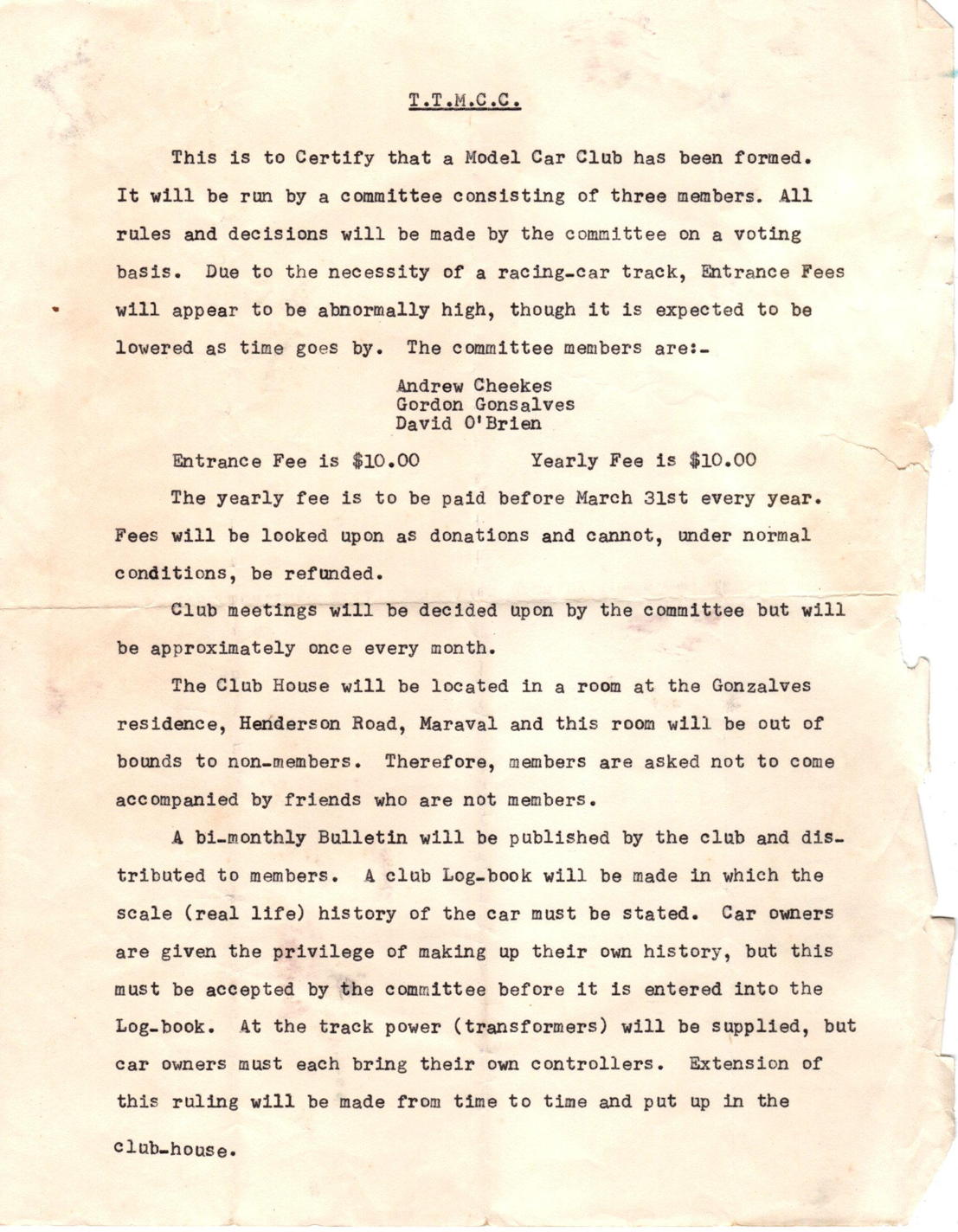 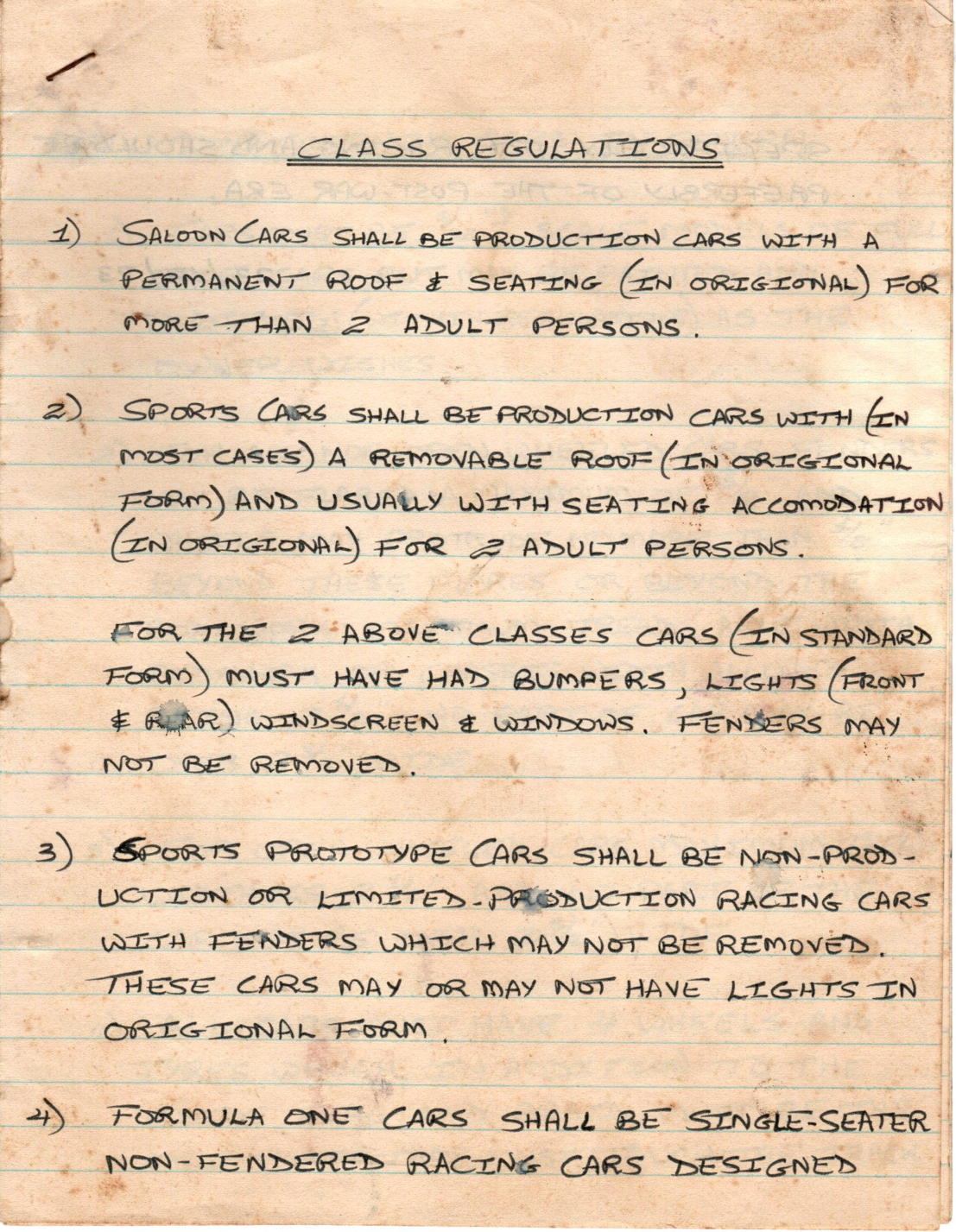 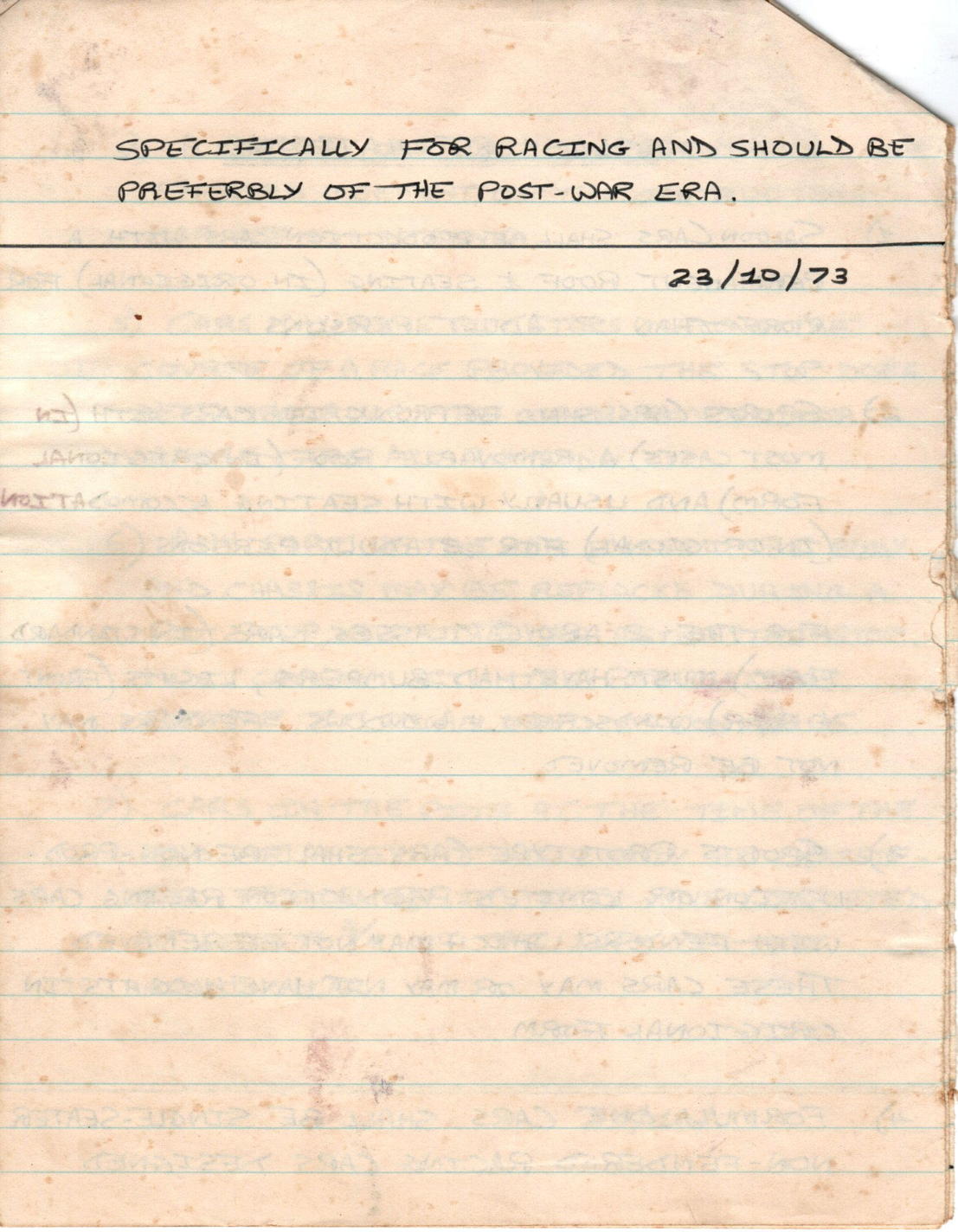 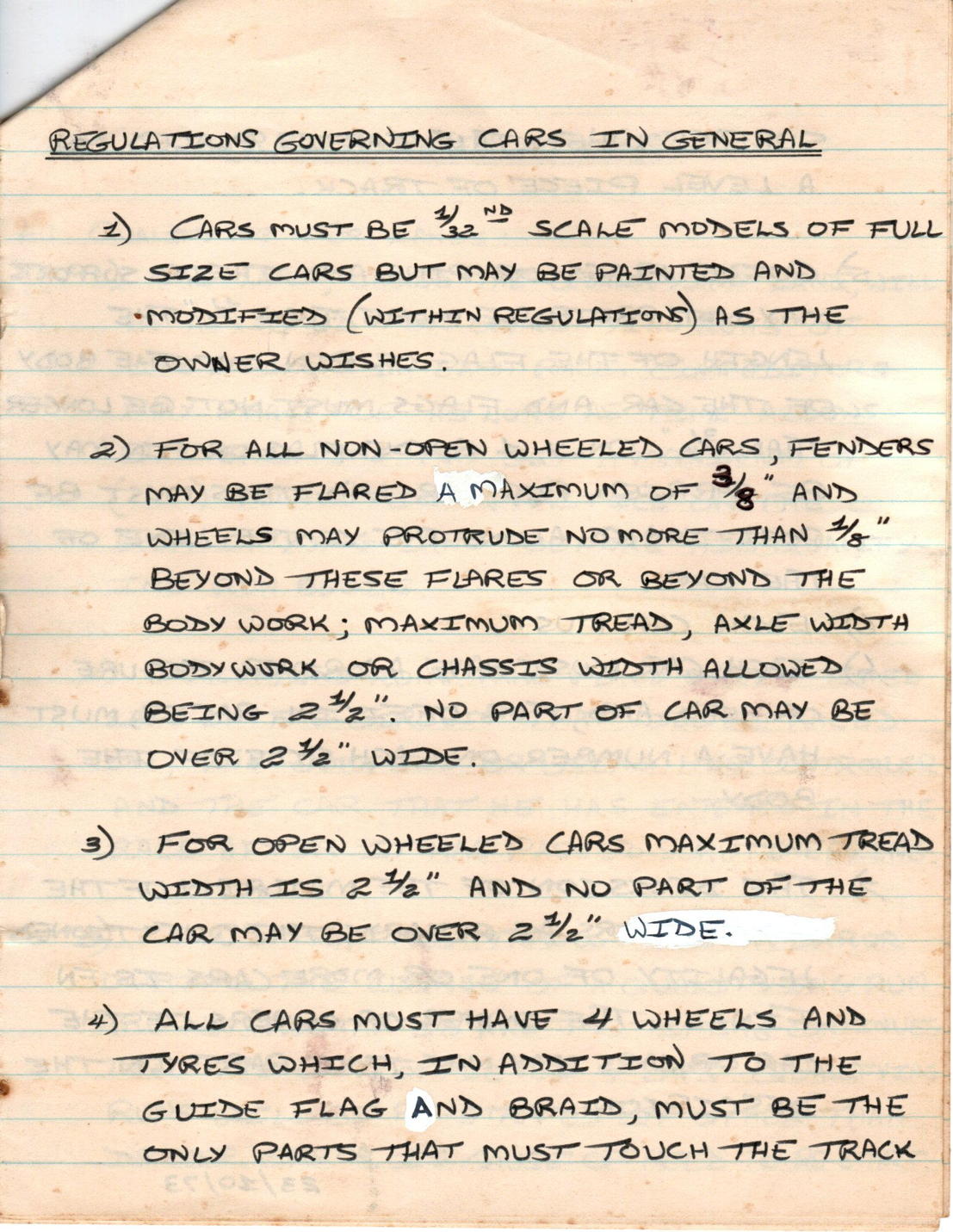 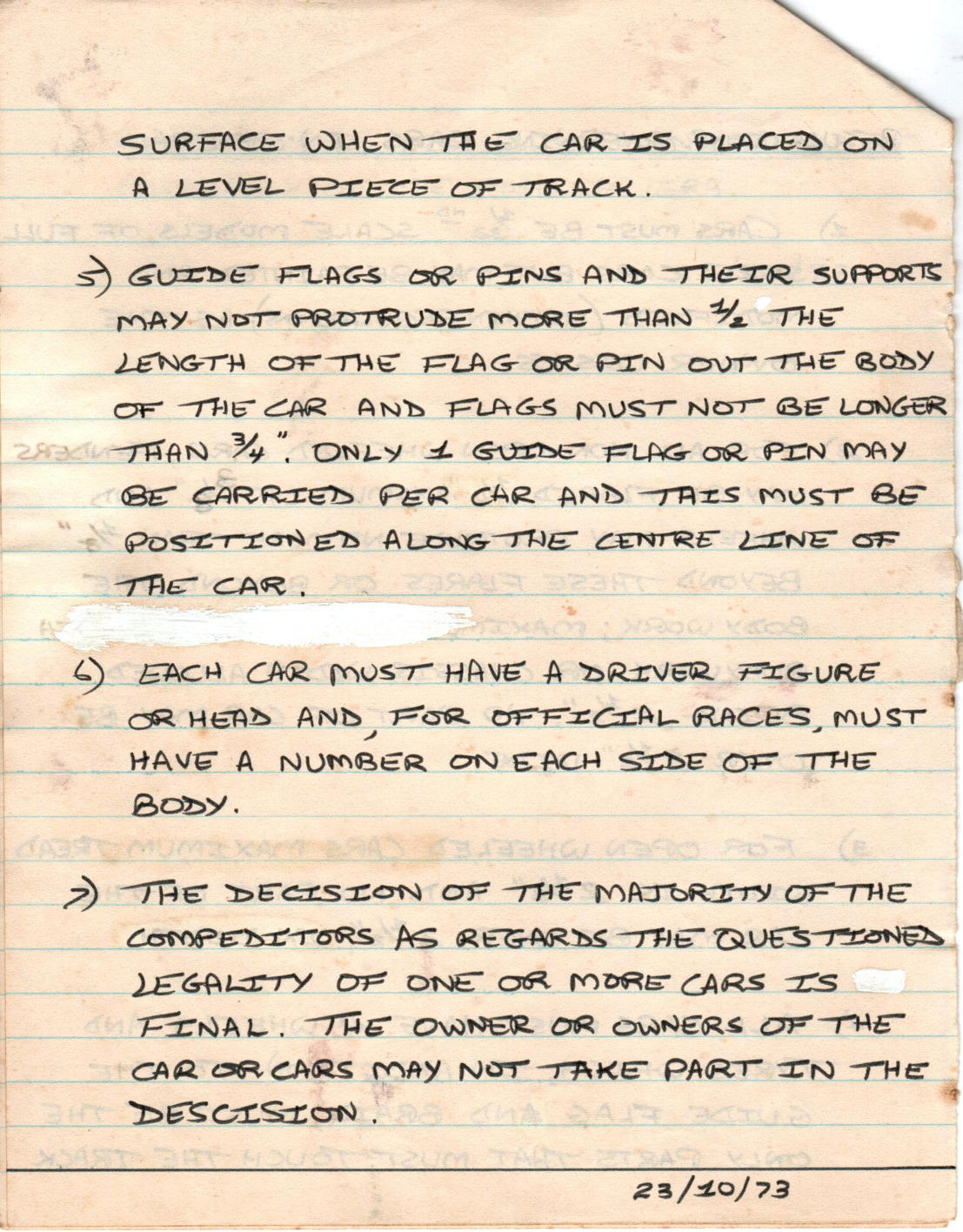 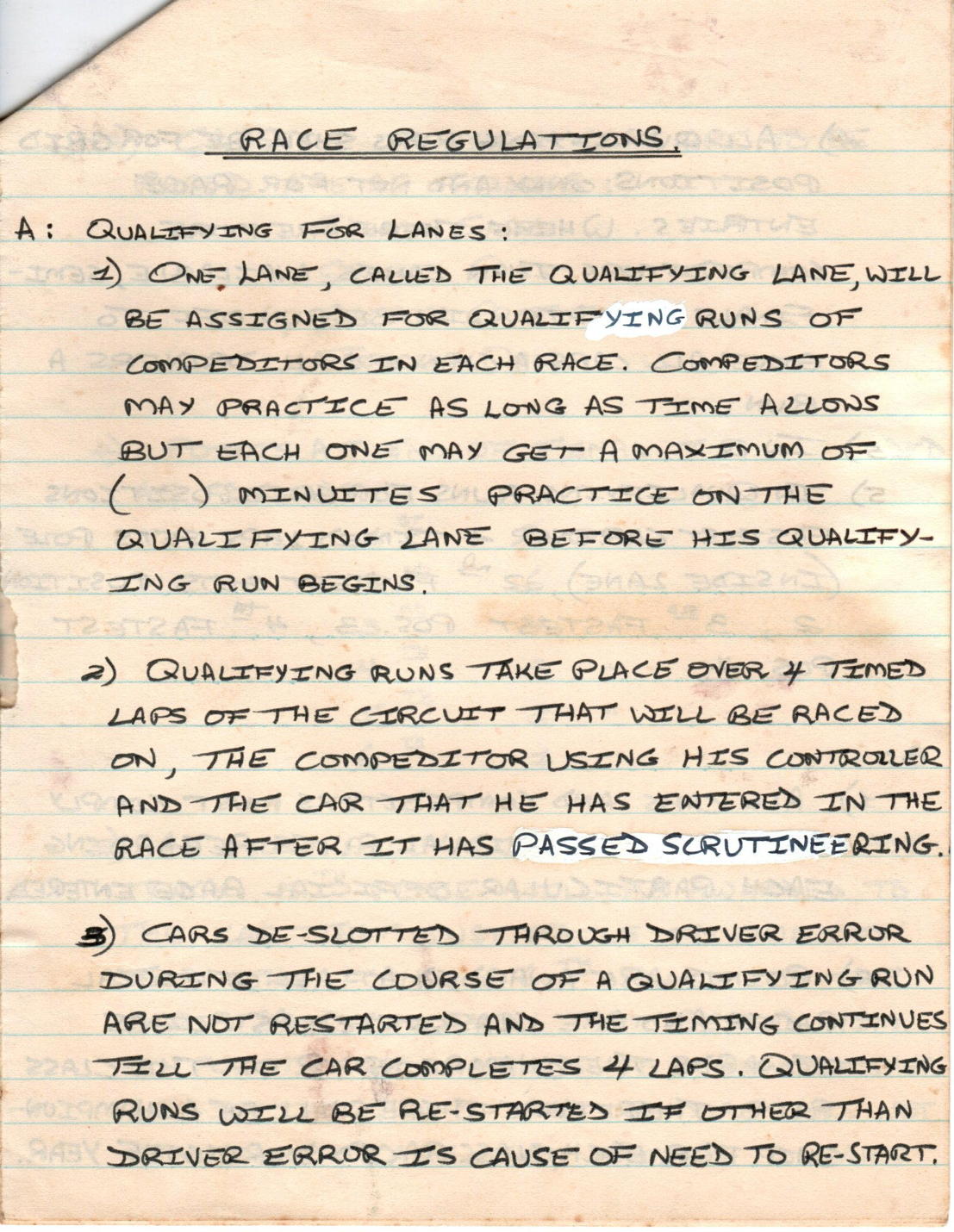 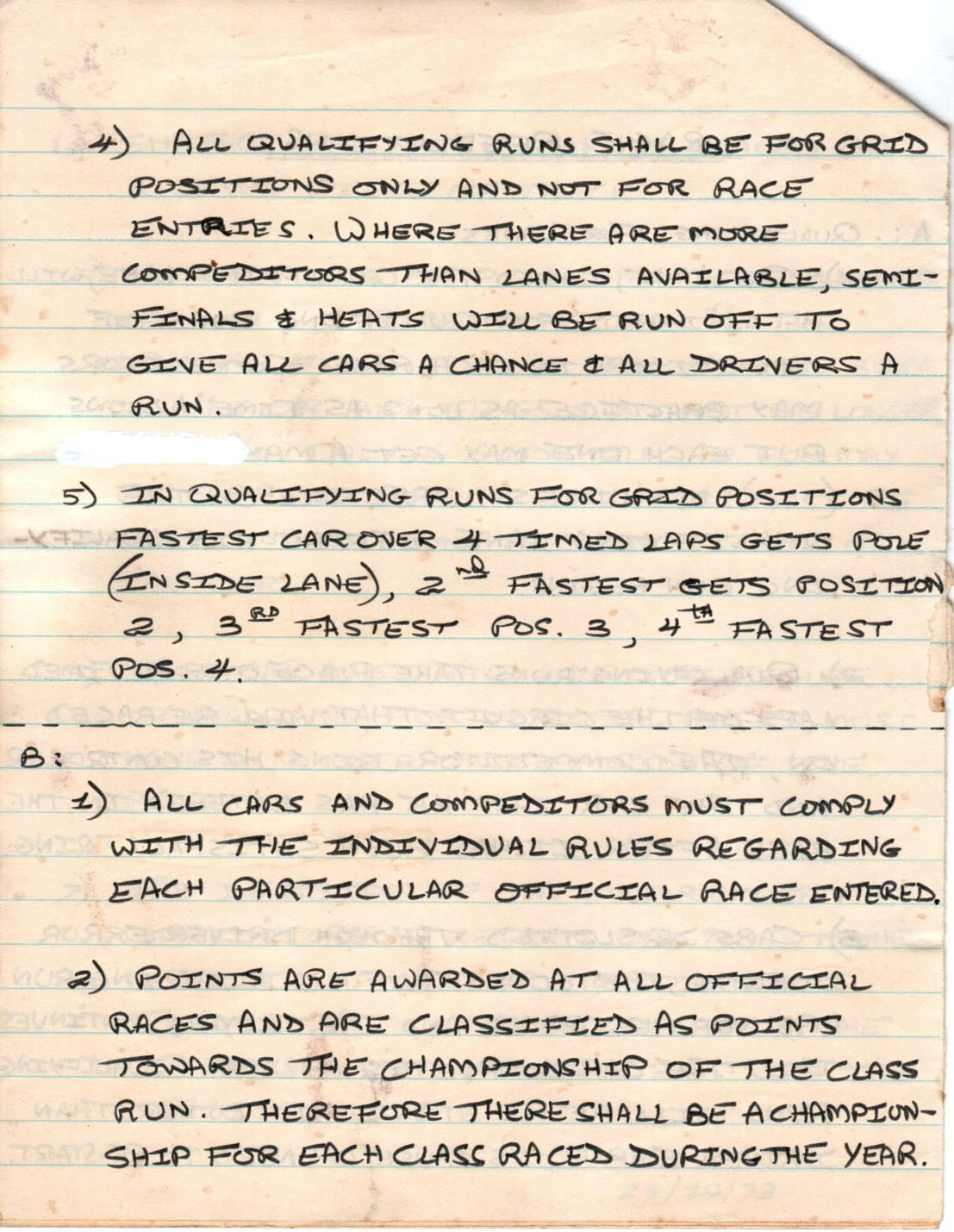 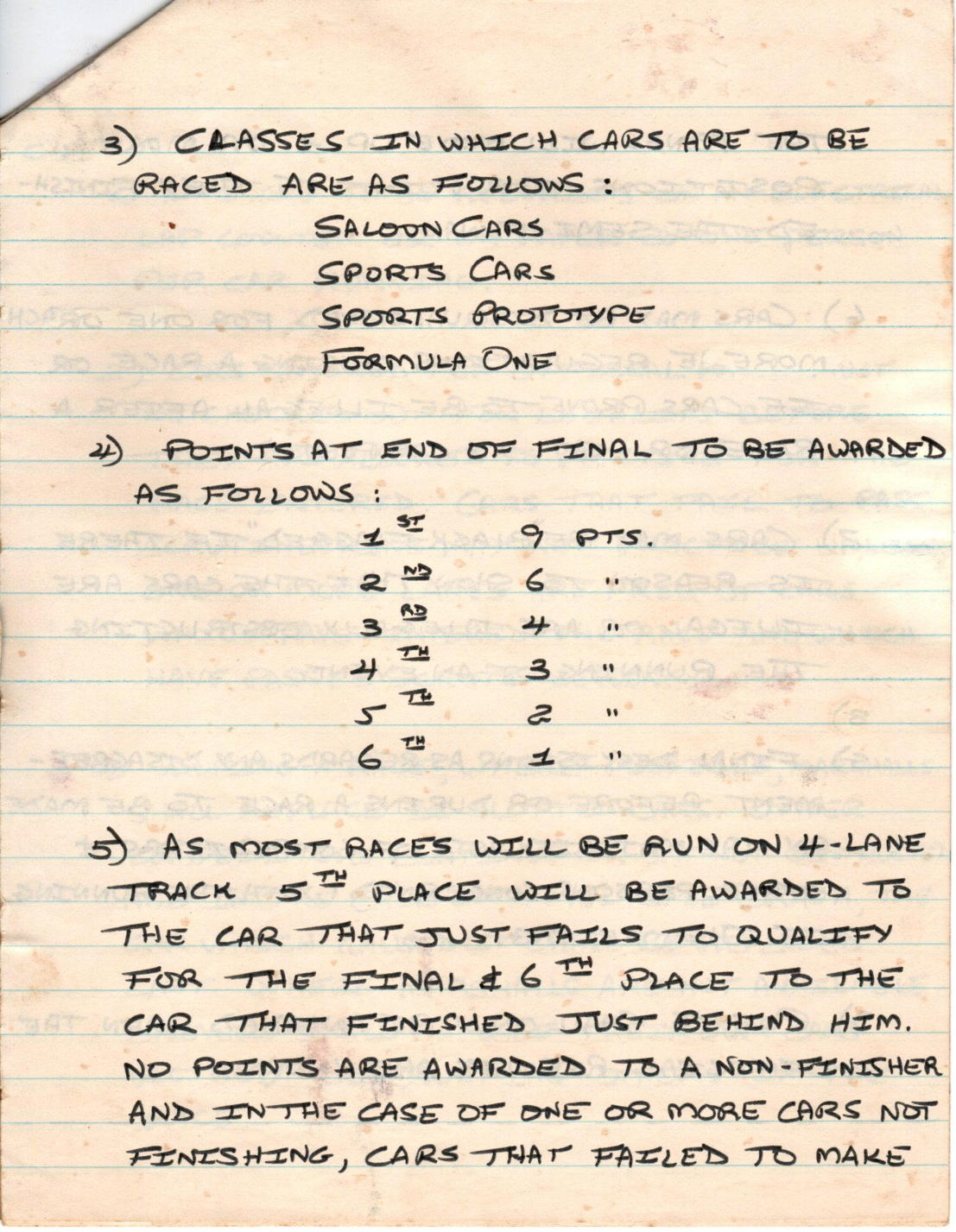 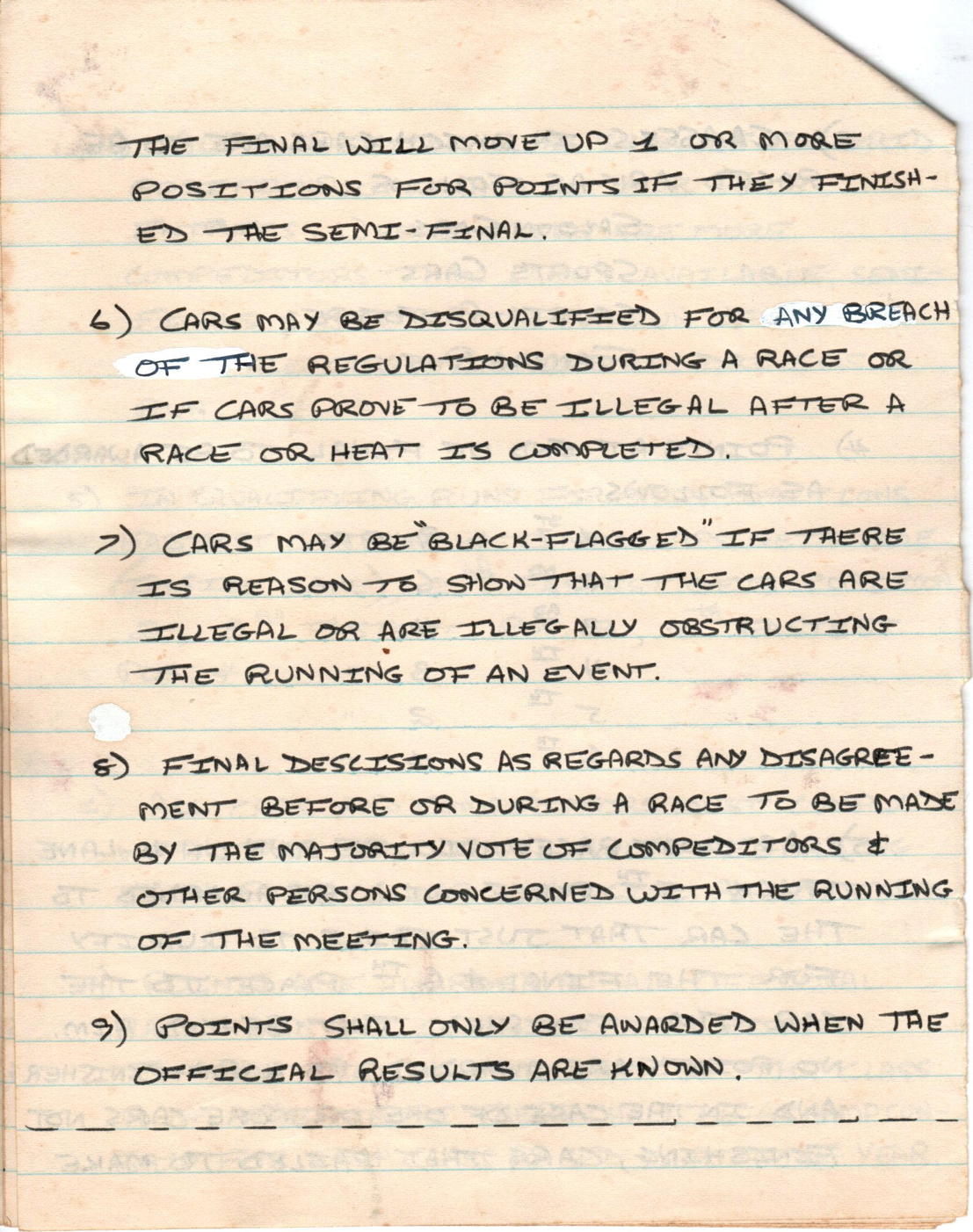 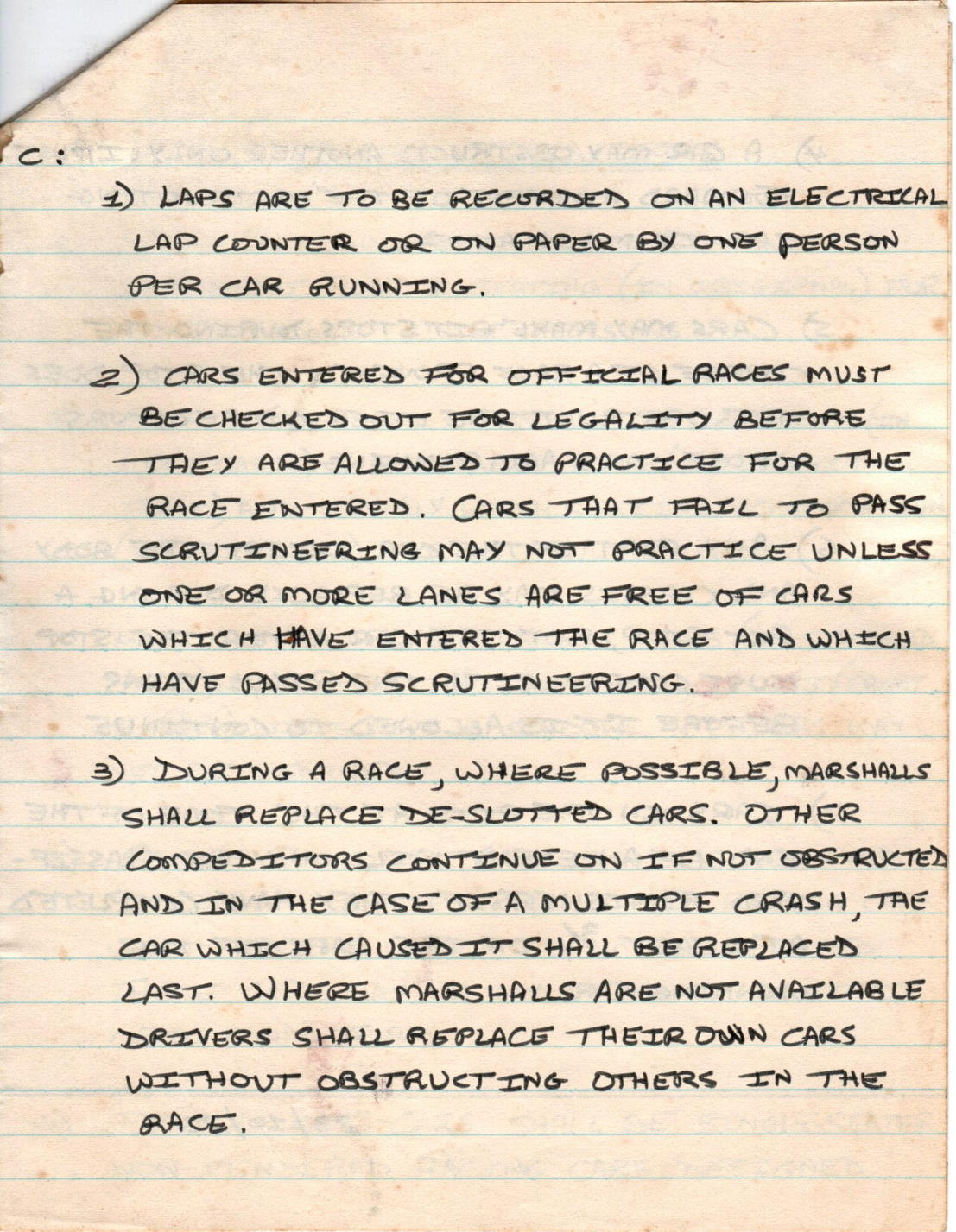 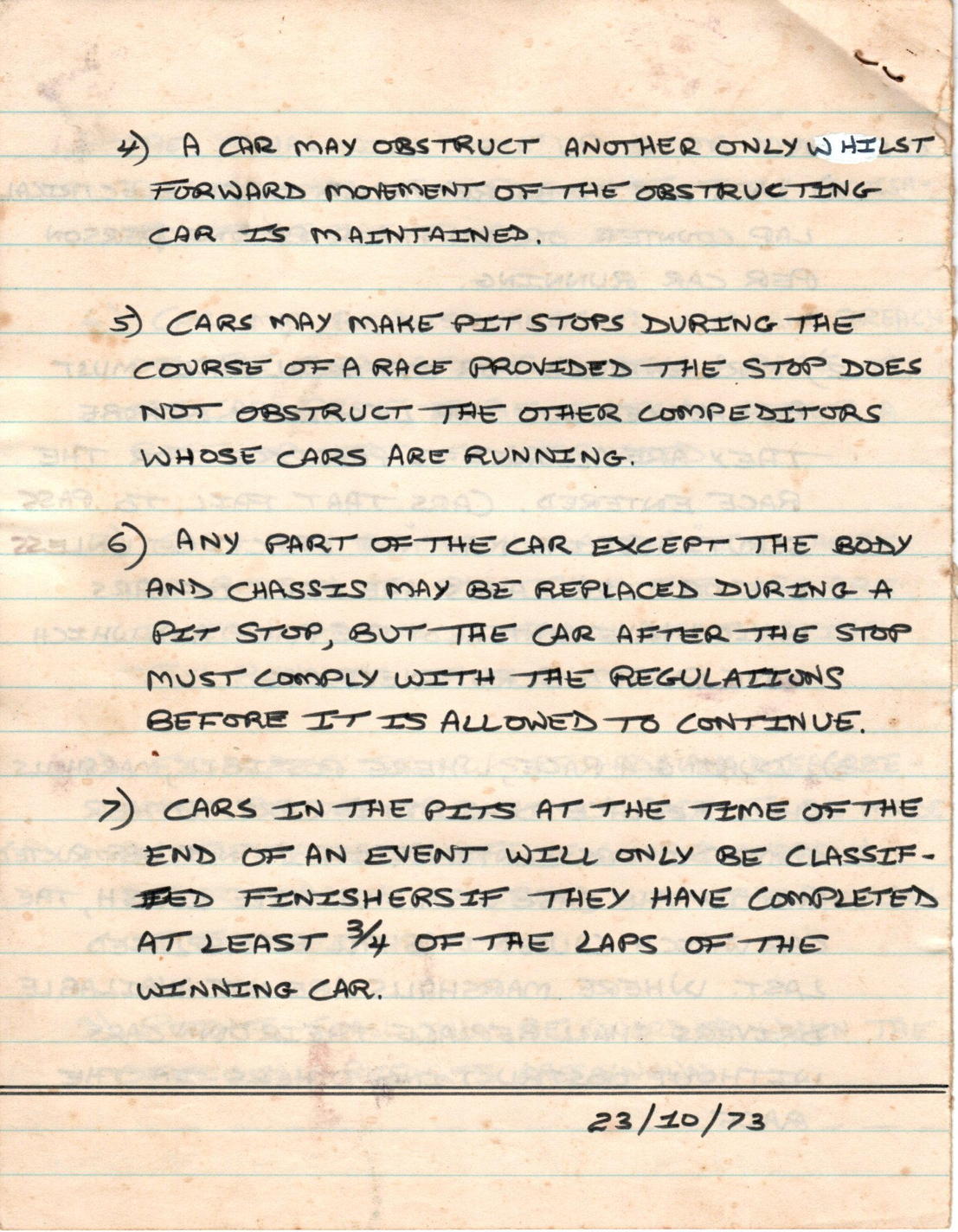 Great for you to find these old documents. It's interesting that some of the classes and the class descriptions bear such a resemblance to current FRC ones. Also interesting that the parameters around which the rules are based are also so similar. Were race reports done at that time ? if so, it would be fantastic to see one !
Top

No Steve. We weren't that organised back then.
Top
Post Reply
3 posts • Page 1 of 1

Return to “The Paddock”