For various reasons, we had a very small turnout at our event for classes of the '60s and early '70s, Historic Saloon, American Pony Car, Vintage Sports '60-'75 GT and Vintage Sports '60-'75 Prototype. Scheduled too was our Kitbash class for cars from 1950 onwards. Initially, just myself, Steve and Warren were present, however just before deciding to go ahead with the racing despite the low attendance, Anthony arrived with Seth. All the races were run, although Anthony and Seth had to leave early and just drove in one of them.

Despite the lack of drivers, we still managed to enjoy the competition amongst one another and Steve and Warren stayed on to help me pack up everything.


Warren has an off into the barrier with his Group C Porsche during testing: 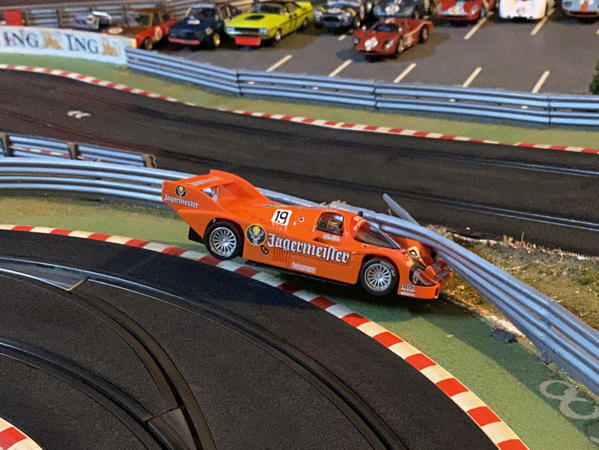 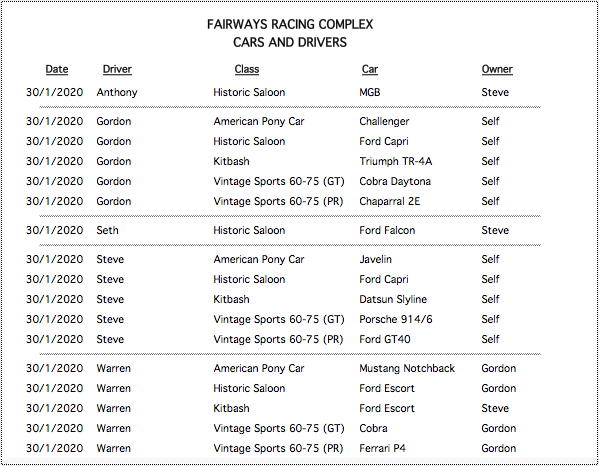 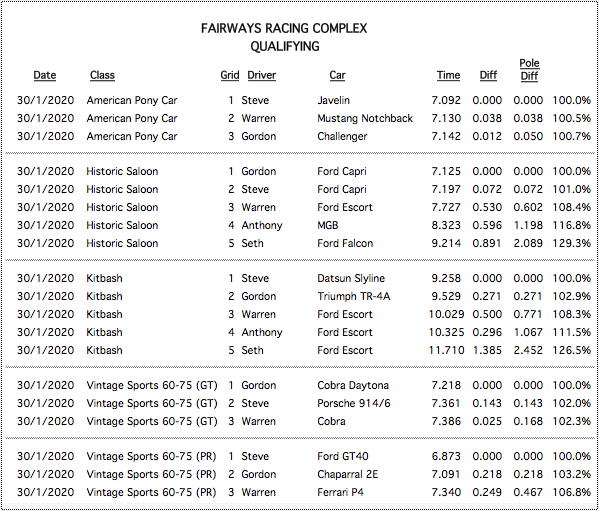 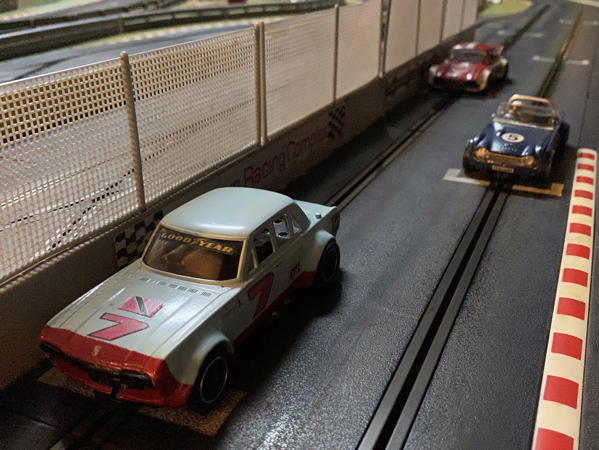 A coming together on the first lap sees my TR4A off-centre on the road and Steve's Skyline on its side. Warren manages to stop before getting involved: 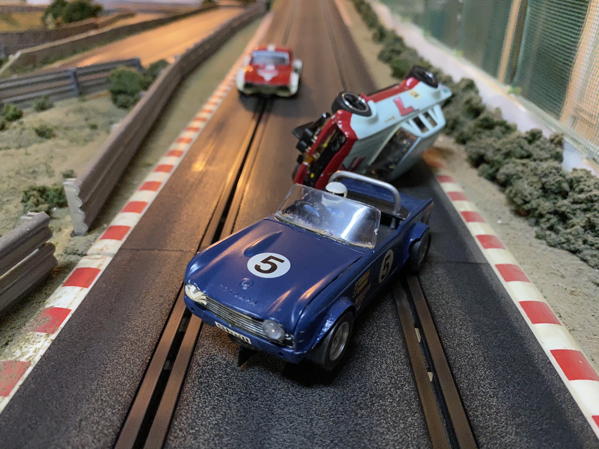 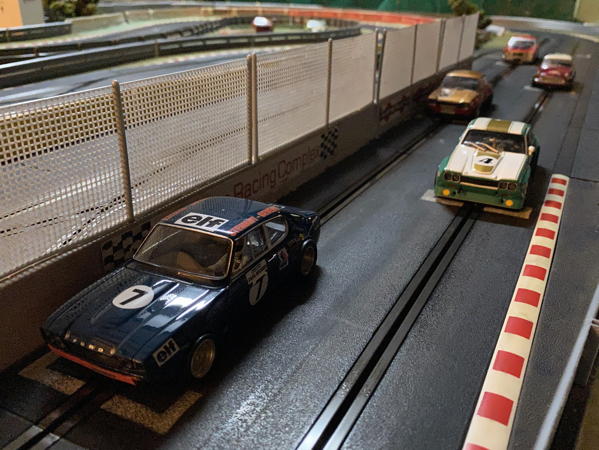 Steve's Javelin takes pole in American Pony Car, followed by Warren driving my Mustang Notchback and at the back, my Challenger: 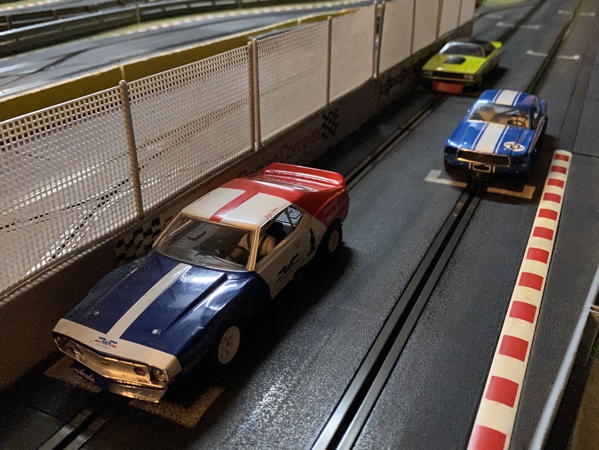 The manufacturer points go to Dodge:

Vintage Sports '60-'75 GT grid with my Cobra Daytona on pole, followed by Steve's Porsche 914/6 and Warren driving my Cobra roadster: 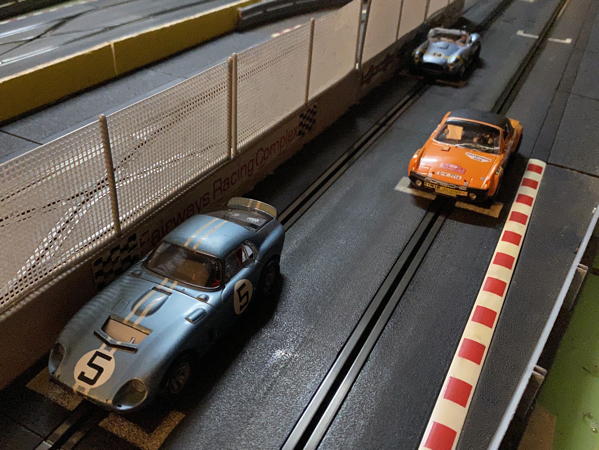 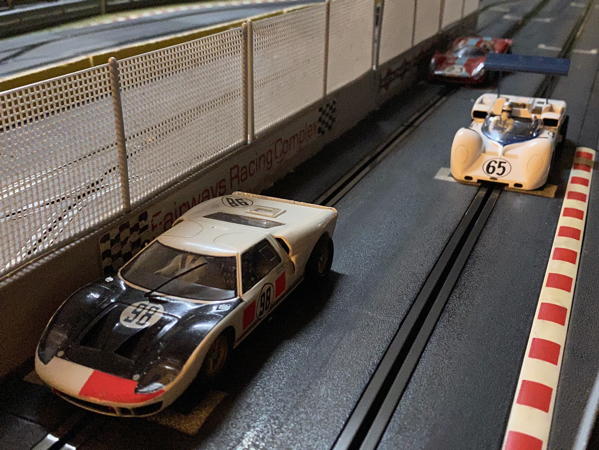 The lap times during the prototype race were pretty close as this shot of the results shows. The top figure in each line is the last lap time for each car. The bottom figure is each car's fastest race lap: 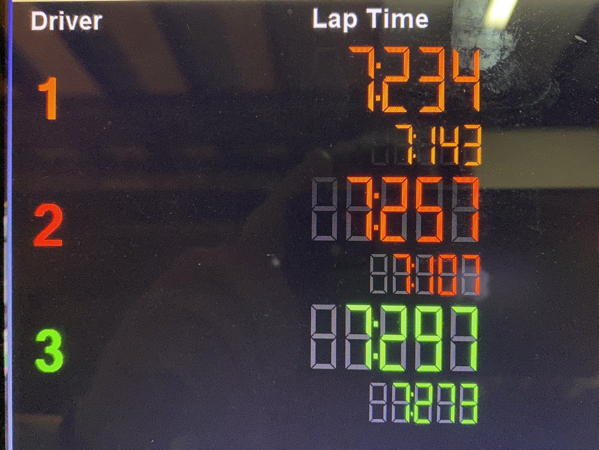 Congratulations to the winners!

Despite the small driver turnout, it ended up being a very fun evening of racing. These classes are among my favourites and as such, for me they would be fun whether we have three drivers or a full grid. Luke D's (Warren's) driving is getting better with each event and he will soon be a force to be reckoned with !
Congrats to Gordon on winning the Historic Saloon , American Pony Car and Vintage Sports (GT) classes and also taking the event's overall win and Index Of Performance honours. Congrats also to Dodge on taking the Manufacturer's title.
Looking forward to the next event.
Steve
Top

Yeah boy. Warren is getting quick! Just now them fellas at RAS not gonna smell him!
Top

Glad to hear that it was a fun night in spite of the low turn out. It just goes to show that close racing is the gold for all classes. How to achieve this is the question???

I hope to be back to normal this week so I hope to get back to the cars soon. See you guys soon
Top
Post Reply
4 posts • Page 1 of 1